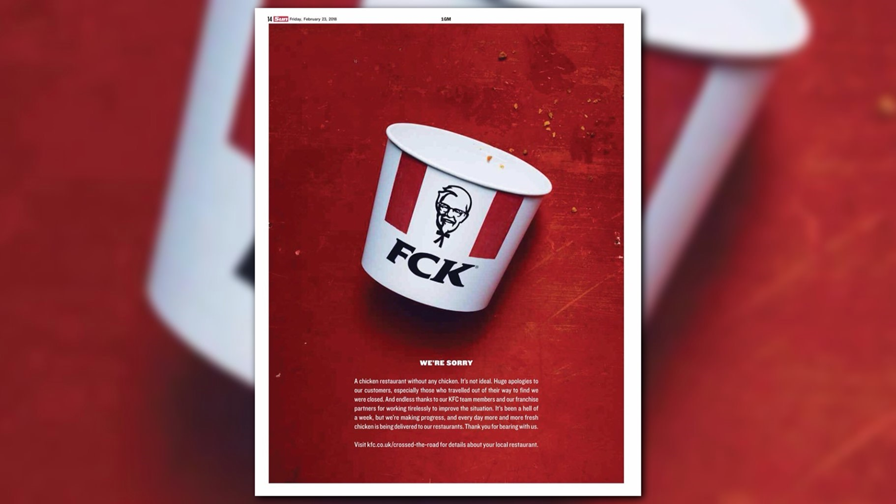 The United States and the UK may have had a falling out a few years back (hey, we all get a little sensitive about our taxes), but we’ve been brought together in the joy of television, politics and film stars. Now, we’re being pulled together once again by the humor of an American-born institution–KFC.

At this point, pretty much everyone has heard of the fowl folly that occurred across the pond when KFC ran out of their main dish. The chicken shortage caused an uproar as busy parents, exhausted college kids and American tourists all banged the gates of the chicken giant. Cops were alerted, hunger-induced tears were shed and all-out mayhem surrounded the brand itself. We collectively waited for a response to this sheer tragedy. And we got it in the form of, what could arguably be, the most entertaining apology of the 21st century.

It was a risk. A big risk. And it worked; here are three reasons why:

1. They Didn’t Make Excuses.
We’re collectively tired of the empty apologies that come from the talking heads on television. We want ‘realness’ not only in our purchasing but in our conversations with those from who we purchase. KFC didn’t rely on blame or open an investigation into the situation. They simply apologized. It’s a breath of fresh air in a fog of insincerity. And we all inhaled it as if we’d just escaped Shawshank.

2. They Connected with Their ‘New’ Target Audience.
KFC’s beginnings are rife with messages of devotion to supporting the traditional household dynamic and providing quality food for busy families. In fact, in the late 70s and early 80s, their main advertisements centered around ‘freeing up dinner time for conversation.’ In that context, they should have never issued this apology. But, that’s not their target audience any longer. Props to KFC for staying ‘in the know’ about who is buying and why they are buying.

3. They Made People Laugh.
As unfortunate as the situation was, it was also pretty funny. KFC could have become a part of the joke (or further angered their audience) by issuing a heartfelt or awkward apology. Instead, they took control of the anger by embracing the joke and took control of the joke, by making it their own. And as Mark Twain said, “Against the assault of laughter nothing can stand.”

So, the next time you royally cluck up, take a lesson from KFC. Consider embracing the honesty, and humor, of your situation before you compose a lofty, accusatory, or overly-apologetic statement. We all make mistakes; let he who hath never under-ordered the inventory cast the first bone.